National Rail Museum of India was established in 1977. The Rail Museum has an amazing collection of both working and static models of Indian railways.

National Rail Museum of India was established in 1977. The Rail Museum is distributed in 10 acres of land. The aim of the museum is to preserve the 163 years old heritage of Indian railways. The Rail Museum has an amazing collection of more than 163 years of rails. It has both working and static models of Indian railways from the oldest to newest models. There are simulators of steam and Diesel engines. Apart from the toy train rides and stimulators there are lot of other outdoor activities in the museum which keep the adults and kids busy and help in enjoying the Rail Museum.

This monorail was built in the year 1907 which is based on the Ewing System. Ewing system is defined as  a balancing monorail system which was developed by the British inventor W.J.Wing and Robert W. Wing. In this system the main wheels of the train run on the single steel rail. The Patiala steam monorail connects the town of Bassi to the the city of Sirhind-Fatehgarh.

This fire engine was built by John Morris and Sons LTD of  Salford Lancashire in the year 1914. In the National museum Morris Fire Engine runs on the solid strong rubber tires. Saloon of Maharaja of Mysore

This rail car was beautifully designed with gold and ivory and was known to be used as the saloon car by the Maharaja of Mysore. 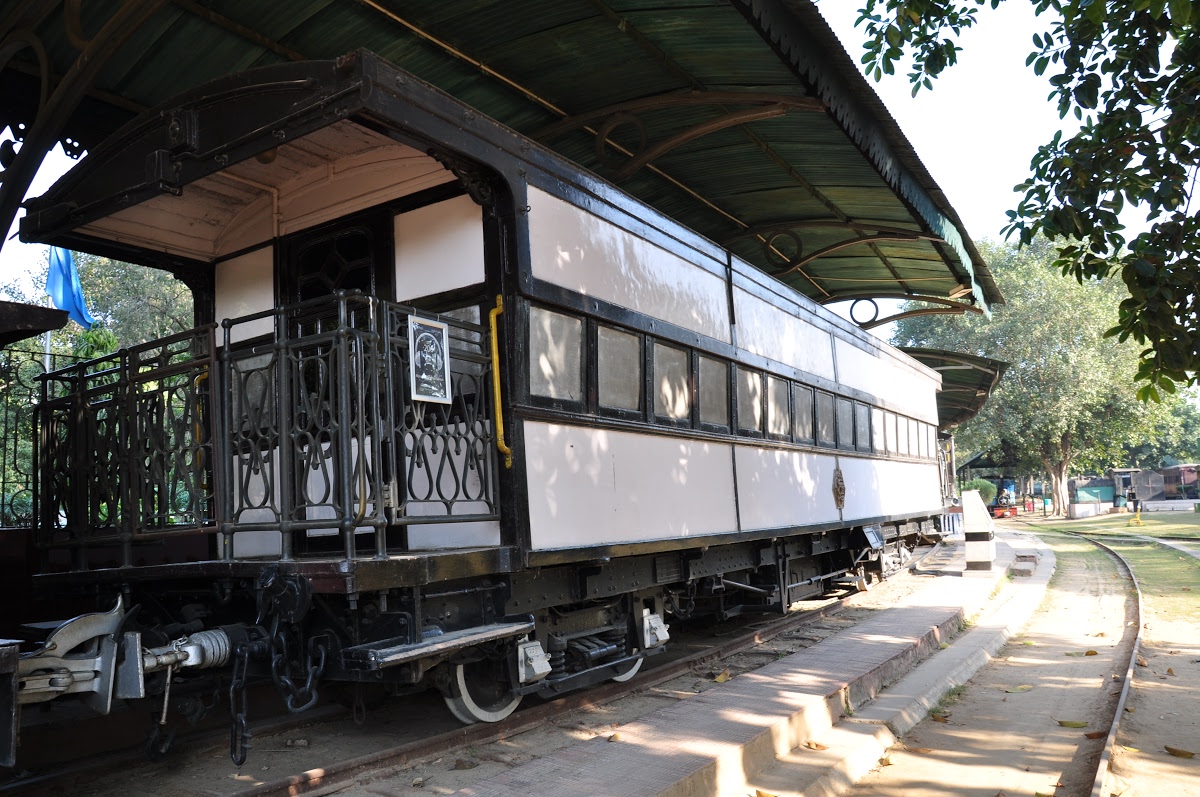 Saloon of Maharaja of Indore

This was used as the saloon car by the Indore Maharaja.

It was built in the year 1928 and known to be one of the first generation DC electric locomotives with 1500 V in India. It is also known as Khakis because of the moaning sound it makes at rest and unusual swishing sound in motion.

It has an engine with special wheel arrangements. These locomotives also had the 1500 V DC. There is an another prototype of this locomotive in the Nehru Science Centre.

It was built in the year 1955 by Kitson, Thompson and Hewitson. It was also listed in the Guinness Book of Records for the world’s oldest working steam locomotive in the year 1998. 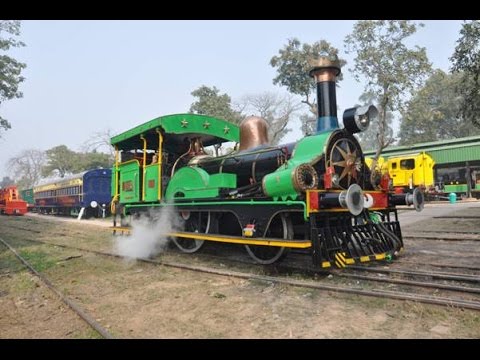 The National Rail Museum of India has a large and a well maintained auditorium with a capacity of 200 people. It has a good lighting system with a large stage and high quality Audio system. This auditorium is also given to the organizations on rent after booking.

Shopping: There is a souvenir shop inside the museum with large number of antique models of Indian railways. Though they are little expensive to buy but they grace the showcase of our homes very beautifully.

There is a large, Royal and innovative restaurant by the name of “The Rails” inside the museum. This restaurant has been inspired by the Indian Railway history. The food tables in the restaurant are served with variety of food and have been named after the different Indian historical railway stations which makes this restaurant unique.

How to reach the National Rail Museum