There are 3 terminals on Indira Gandhi International Airport.

Terminal 1: Terminal 1 is for domestic flights.

Delhi Aerocity is the nearest metro station which we can reach by bus shuttle.

Terminal 2: Currently, it is being used for low cost carriers.

Terminal 3: Terminal 3 is for all international flights and domestic flights.

Once you board the metro you will be guided about all the routes through metro maps. The metro maps are available on each and every platform in the metro station.

In case you have heavy luggage it will be difficult to travel by metro. In such case, you can hire the taxi service like Meru and mega cabs, Ola, Uber etc.

Travelling to New Delhi via train

If you coming to Delhi via train and you have boarded on New Delhi railway station, there are 2 ways to exit the station.

Metro service is at approximately 100 meters of walking distance.

Exit to Paharganj Gate: Paharganj is towards platform no.1

Metro station is nearly 1.5 km away from the Paharganj.

Paharganj is famous for low budget hotel accommodation and restaurants. The most accessible option for travelling in Delhi – Auto:

Being one of the busiest cities in the country, Delhi has a lot of options in daily local commutation. Three- wheeler local autos are the most common way of commuting in delhi.

Night charges are 25% higher of the fare.

If you are new to the city don’t forget to ask the driver to start the auto meter before the journey starts. Most of the times it happens that the travellers don’t know the rules that meter is mandatory for auto drivers. Which in turn drivers ask for more fare from the travellers.

Delhi has also started a nice initiative in running autos driven by ladies. The ladies autos are colored in pink. This initiative has been helping a lot of women offering jobs as auto drivers.

The most economical option for daily commuting in Delhi – Bus:

More than 50% of the population prefer to travel by bus. The reason being it is cheaper in comparison to any other transport system in Delhi. It is convenient too for daily office travelers or school students with a minimal fare. Delhi runs both AC and non-AC buses covering more than 800 routes in the city.

Paddled cycle rickshaw as one of the joyest rides in the city if you are travelling for a short distance. 2 to 3 person can sit in the rickshaw and enjoy the city local ride. These rickshaw drivers are often very helpful if someone is interested in knowing the local information about the city like the best places to visit in Delhi, the famous restaurants, food and market areas etc. 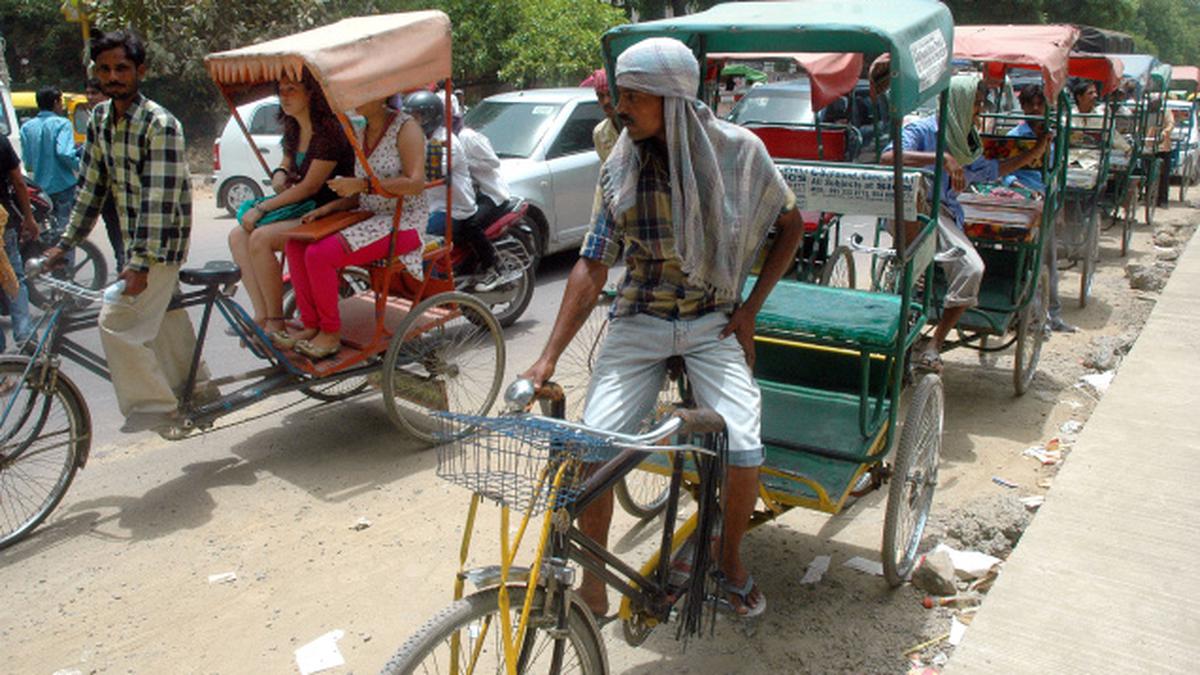 Delhi is very famous for the metro rail which covers a wide area of transport network. It started in the year 2002 which signifies the modern Delhi. Being one of the cheapest and safest transport systems in Delhi it also saves daily traffic hustle and time of a daily traveller.

Metro rail runs all over Delhi and its connected regions covering parts of Gurugram, Faridabad and Noida. It has a metro pass card system. One can create it at every metro station with the starting amount of Rs. 100. And we can recharge it on every station. If someone wants to travel for a short time through metro rail, there is also an option of making one day and 3 days metro rail card.

The most user-friendly option for travelling in Delhi – Taxi and cabs:

There are a lot of other options of private taxi and cab services in Delhi. Most of the people have the Ola and Uber applications installed on their smartphones. All these options are contributing in the modernization of public transport in Delhi. These applications are very effective in saving time and finding the route. One has to just book the cab with the destination they need to reach. Rest of the work is being done by the cab service. Well, the cab service is not only restricted to a particular area but it is popular among various locations.

How To Make More in DILLI HAAT MARKET By Doing Less

How to shop in SAROJINI NAGAR MARKET On A Tight Budget

Sarojini Nagar market is one of the most crowded markets in Delhi. This market is also a favorite shopping place Read more

Useful Tips About CHANDNI CHOWK MARKET You Need To Know

Chandni Chowk is one of India’s oldest markets. There are many wholesale shops for Sarees and bridal lehengas in Chandni Read more