Bahadur Shah II ( Bahadur Shah Zafar) was 19th and the last Mughal Emperor who ruled on Old Delhi and the surrounding regions only. 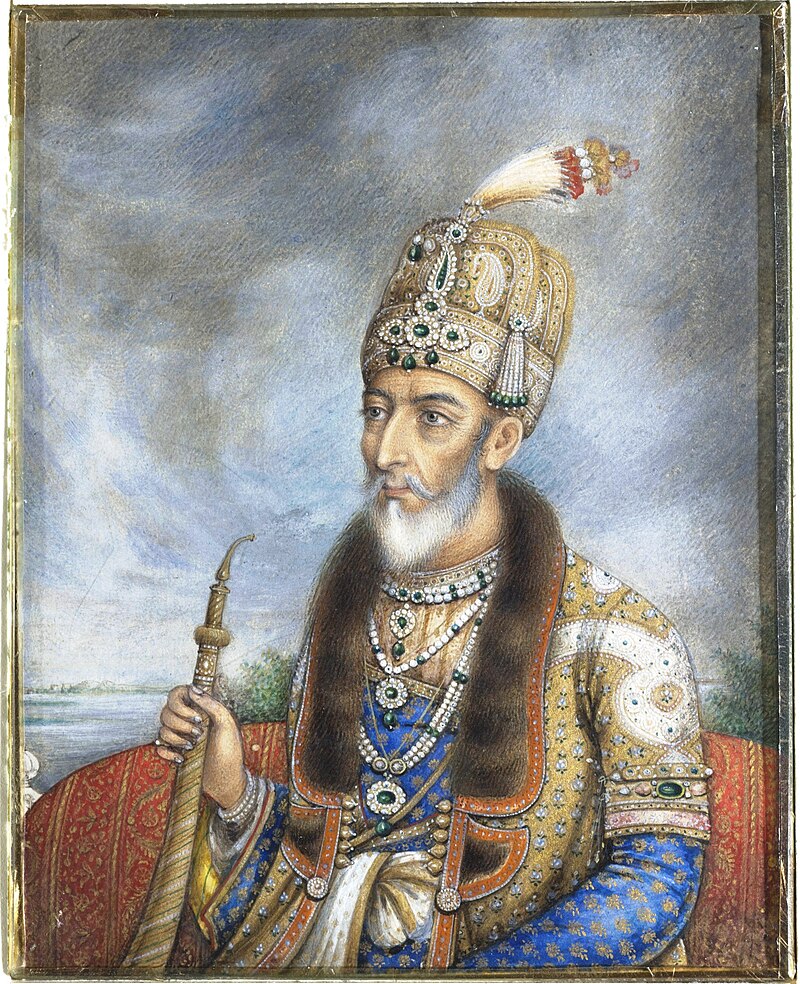 Bahadur Shah II or Bahadur Shah Zafar, born as Mirza Abu Zafar Siraj-ud-din Muhammad on 24th October 1775 was 19th and the last Mughal Emperor. After the death of his father Akbar Shah II and being the second son, Bahadur Shah II became his successor. He was a less powerful Mughal Emperor whose command was restricted to only Shahjahanabad (Old Delhi).

After the Indian Rebellion of 1857, the British had expelled him to Rangoon (capital of Myanmar) in British controlled Burma on declaring several criminal charges on him. The British had imprisoned his father Akbar Shah II.

Bahadur Shah Zafar ruled in the early nineteenth century which was only restricted to the old Delhi region (Shahjahanabad) and the surrounding areas like Palam (South West Delhi). The Maratha had ended the rule of Mughal Empire in the 18th century. The regions which were formerly under the Mughal Empire were now occupied by the Marathas and declared independent.

East India Company was not the dominant power in the middle of the nineteenth century. There were many small kingdoms outside the East India Company and the emperors were respected by the company and also provided with the pension. In return the company has the permission to collect the taxes from from Delhi and maintain military forced in the area.

Bahadur Shah II denied to indulge in this type of political interest and so the British East India Company had expelled him out of Delhi after the Indian Rebellion of 1857.

Bahadur Shah II was a poet and many of his poems and Urdu Ghazals were destroyed by the British after the Indian Rebellion of 1857.

Raja Prithviraj Singh I – The Rajput ruler of Amber

Raja Prithviraj Singh I was the Rajput ruler of Amber in sixteenth-century.

Bibi Mubarika Yusufzai was the fifth wife and the queen consort of the founder of the Mughal Empire, Babur.

Zainab Sultan Begum was the second wife of the founder of the Mughal Empire, Babur.